Palawan is a long and narrow island lying southwest and west of the main group of Philippine islands. Palawan is the country’s southeast frontier with Malaysia. It is bounded by the South China Sea to the northwest and by the Sulu Sea to the south. To the south is the island of Borneo and further west is the socialist Republic of Vietnam. It forms a link 70 47’ and 12022’ north latitude and 117000’ and 119051’ east latitude. The border municipalities are nearer and more accessible to other provinces in the country and to Malaysia than its capital. Located west of the main Philippine chain of islands, it is approximately 672 kilometers southwest of Manila while its southern tip, the municipality of Balabac, is only 97 kilometers away from Sabah.

Location of the Provincial Capital

The provincial capital is the City of Puerto Princesa. Although the city is the official seat of provincial government of Palawan, Puerto Princesa City is an independent city and is not controlled by the province. The capital city is strategically located in the midsection of Palawan mainland bound to the east by the Sulu Sea, to the west by the West Philippine Sea, to the north by the municipalities of San Vicente and Roxas, and to the south by the municipality of Aborlan. It is the chief seaport and airport in the east coast and the center of trade, commerce and education. It has 66 barangays of which 35 are urban barangays and 31 are rural barangays. 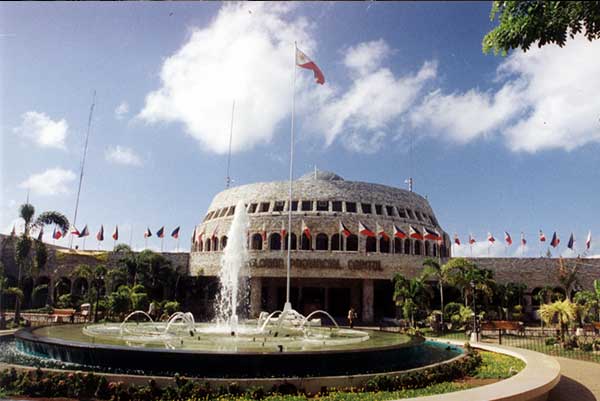